Located south of Matsue in the Chugoku Mountains, both Unnan and Okuizumo are home to natural wonders, like impressive waterfalls, gorgeous mountains and beautiful trees. Hayao Miyazaki, Ghibli’s famous animation producer, is said to have taken elements of this area as a model for his award-winning movie Princess Mononoke. 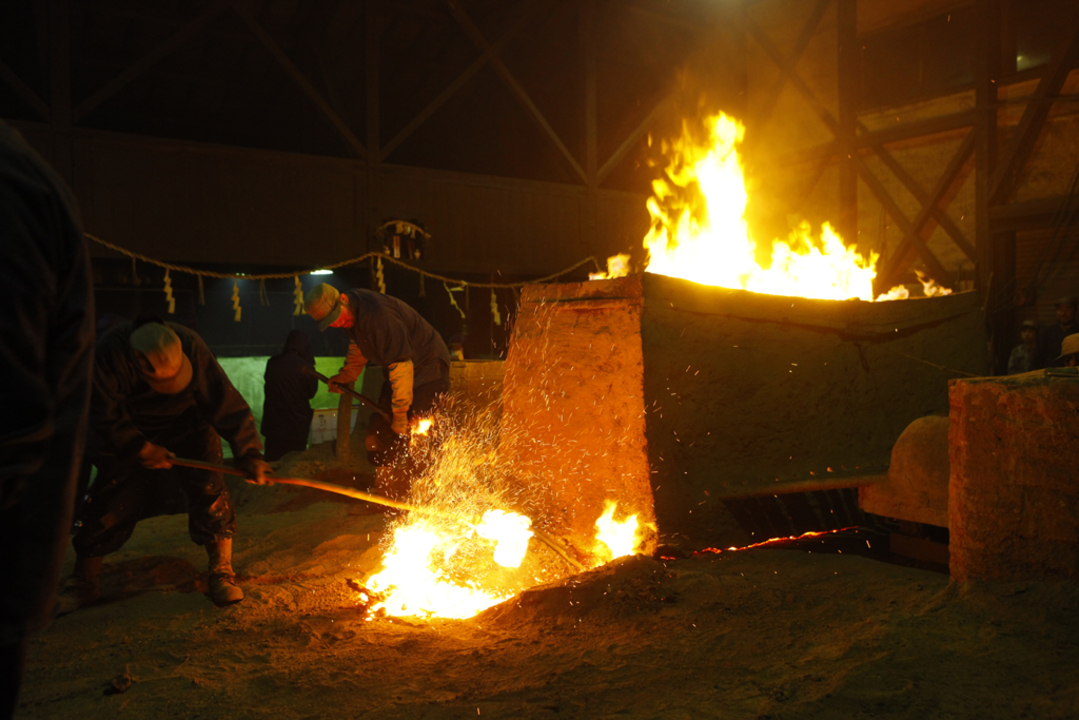 This area is famous for its long history of tatara iron making. The word “tatara” refers to the foot-operated bellows used in the forging of iron.

The area includes preserved tatara furnaces, like the Sugaya Tatara Sannai (Japanese) and the Okuizumo Tatara Swords Museum (Japanese) (accessible by JR Izumoyokota Station), which does a Japanese sword forging display on the 2nd and 4th Sunday of every month. 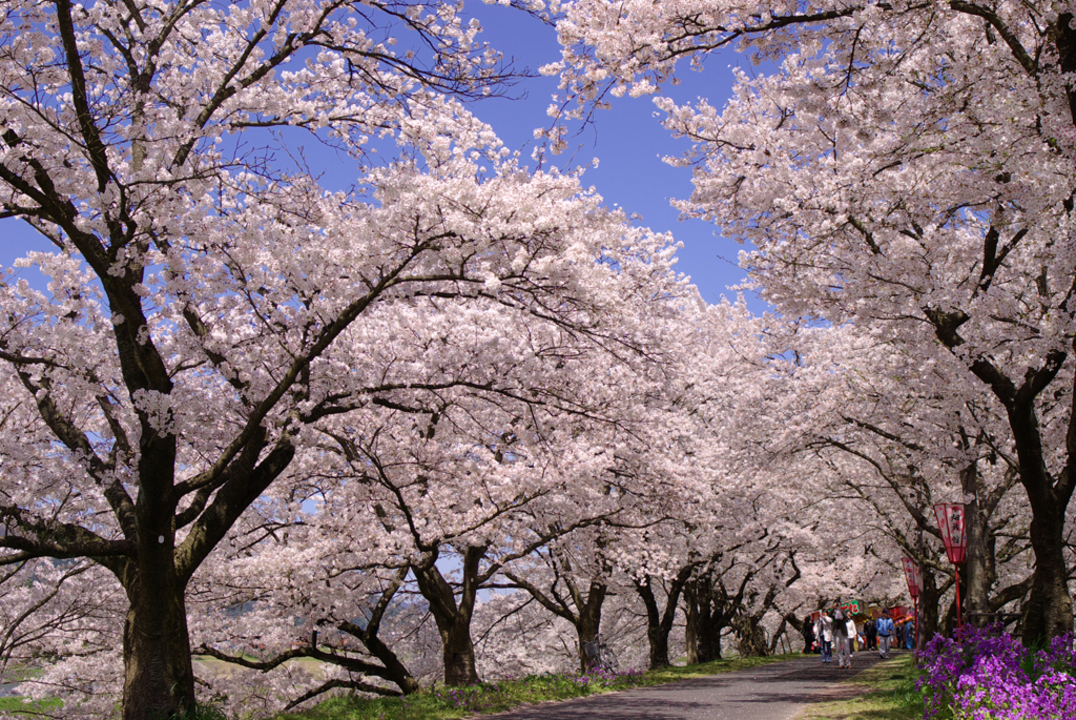 Home to the longest tunnel of cherry trees in Japan, Kisuki is listed among the hundred best spots in Japan for cherry blossom viewing. No less than 800 cherry trees form a two-kilometre-path along the Hiikawa River.

Walking through this area is especially enchanting when the trees are in bloom between late March and mid-April. Don’t miss the beautiful cherry trees lining the river at Tamatsukuri Onsen either! 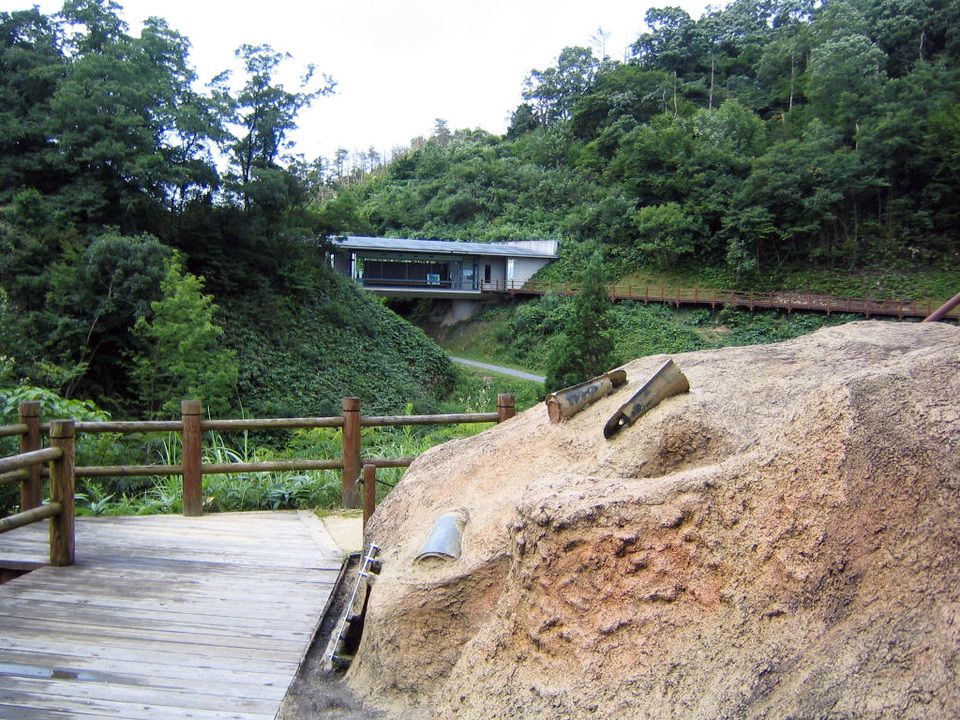 The might of the ancient province of Izumo is illustrated by the 39 bronze bell-shaped vessels (dotaku) that were excavated here. This discovery has drawn national attention to the ancient history of Izumo, as it was the highest number of such dotaku excavated in any one place anywhere in Japan.

In the Kojindani Archaeological Ruins and Museum nearby in Izumo, 358 ancient copper swords have been discovered.

You can access these two municipalities by train on the JR Kisuki Line, that connects at Shinji Station (located by Tamatsukuri Onsen) and Bingo-Ochiai Station (connection to JR Geibi Line) in Hiroshima Prefecture.
The Okuizumo Orochi-go is a blue and white train with wooden interior with a route through the scenic area from Kisuki to Bingo-Ochiai Station. This is particularly popular for autumn foliage viewing.