Matsue is proud to of its many delicacies and crafts. Be sure not to miss them when you are visiting. Please also refer to our Useful information section to find the main souvenir shops of Matsue. 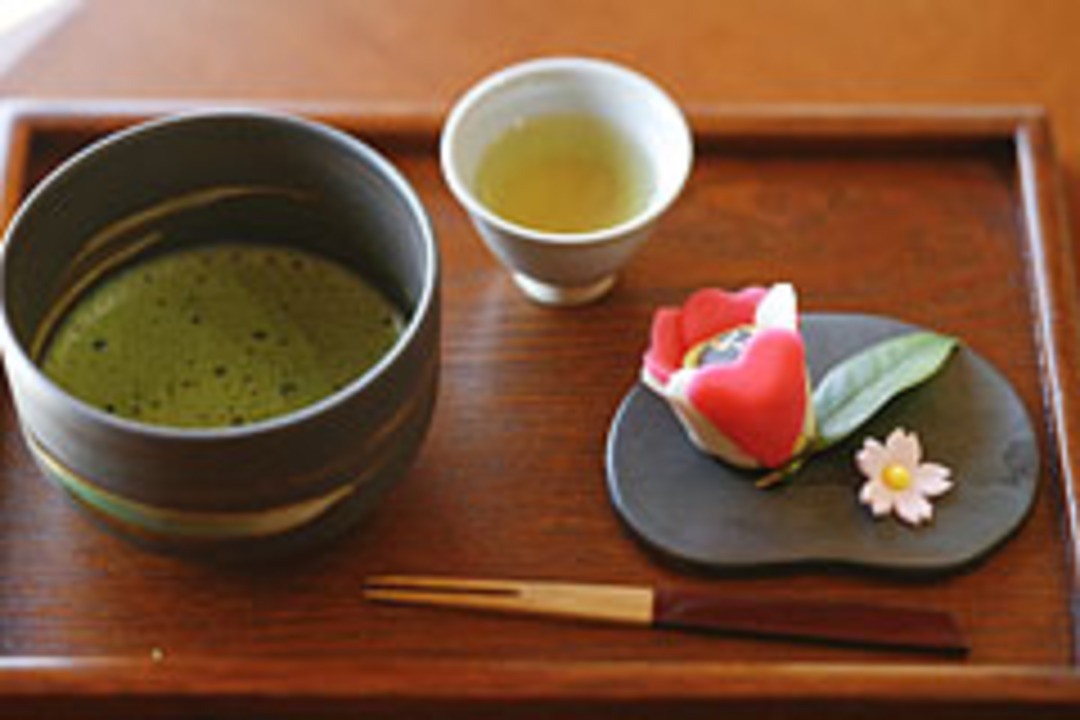 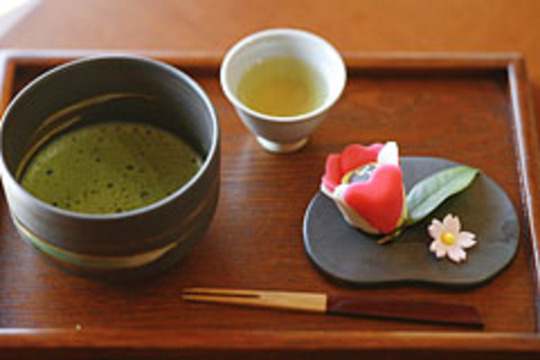 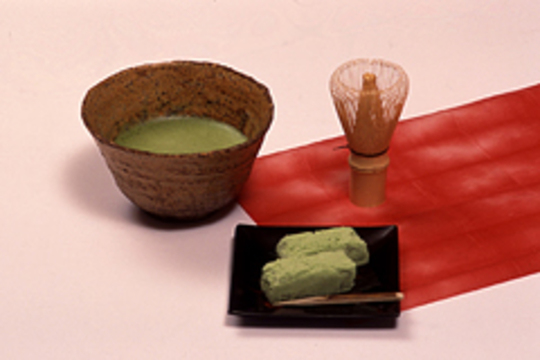 Drinking matcha (powdered green tea) served with wagashi is part of daily life for many locals, and it is also part of the city’s history [See our Culture page]. You can find many wagashi shops all around town, and enjoy them with matcha in places like Meimei-an Tea House or Gessho-ji Temple. Don’t miss the wonderful tea room of Matsue History Museum, where you can watch Mr. Tsugio Itami, one of the most distinguished wagashi makers in Japan, perform his art in front of you. You can also learn how to make your own wagashi in Karakoro Art Studio. 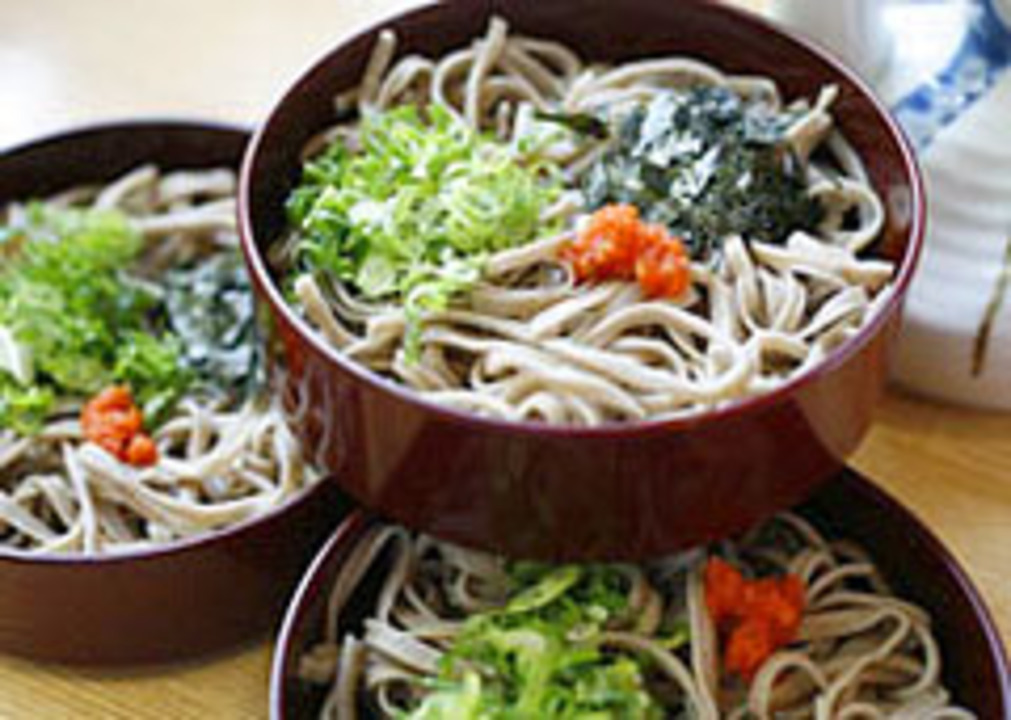 Handmade Izumo Soba has a darker grey-black color, firmer texture, and more aroma than typical soba. Although it can be prepared in various ways, it is normally served in round dishes known as ‘warigo’, with seaweed, spring onion, grated daikon with chili pepper, and a thick sauce. 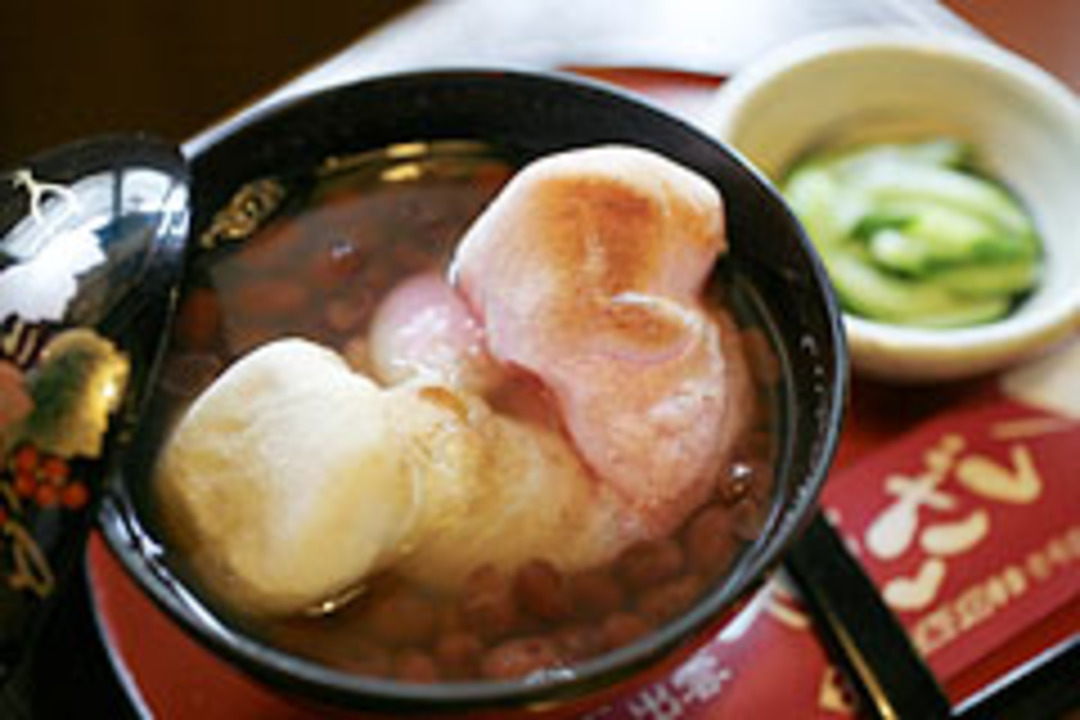 Red bean soup with rice cakes, served hot or cold, is a traditional Izumo region dish. The name comes from the Izumo dialect term for “the gods are here,” in reference to gods from around Japan gathering in this region for Kamiarizuki. 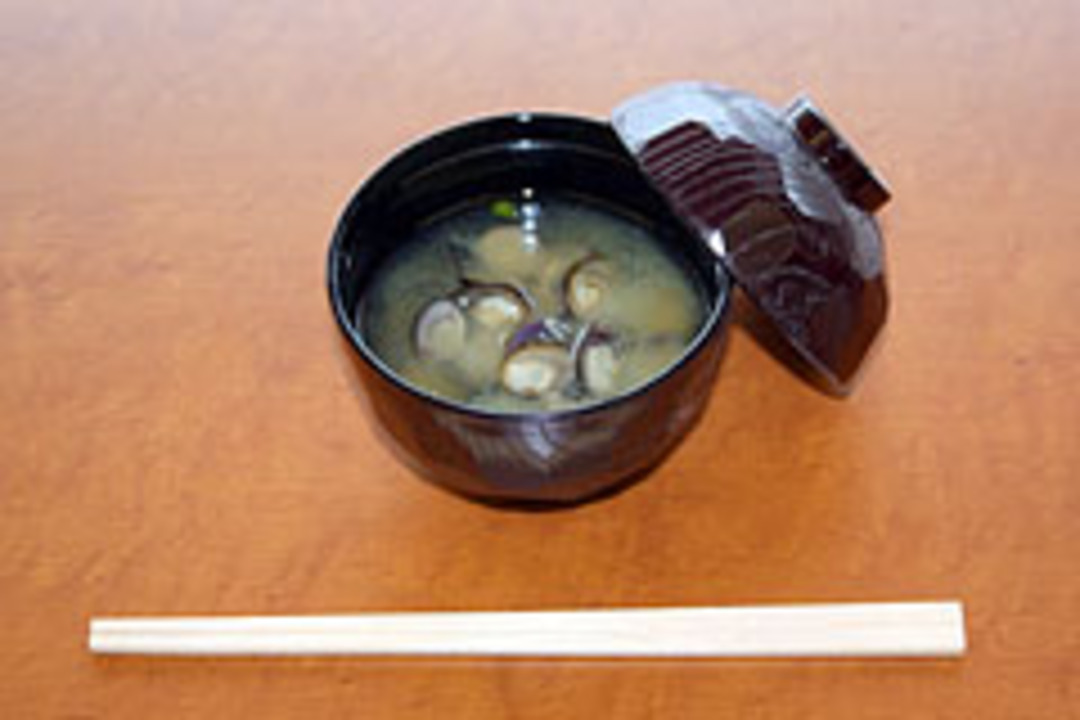 Shijimi clams are one of the seven delicacies of Lake Shinji. The type of shijimi taken from Lake Shinji is called yamato shijimi, which are bigger than other types of shijimi. Early in the morning, you can see fishermen in boats on Lake Shinji fishing for clams. Many restaurants in Matsue serve shijimi-shiru, a soup full of the clams. See Lake Shinji for more info. 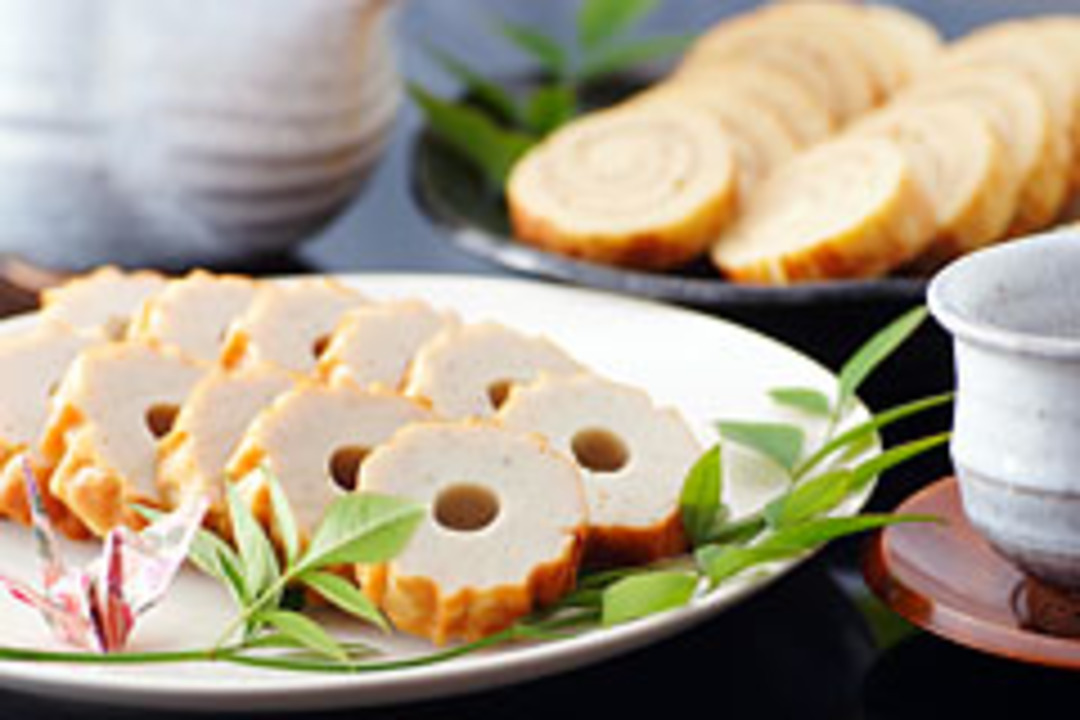 Agonoyaki is a type of sausage made from grilled flying fish paste. The flying fish, or “ago,” is the prefectural fish of Shimane, and the meat of this fish is made into a paste, which is then grilled slowly over a charcoal fire. It has a very distinct taste and texture. Try it with sake or beer! 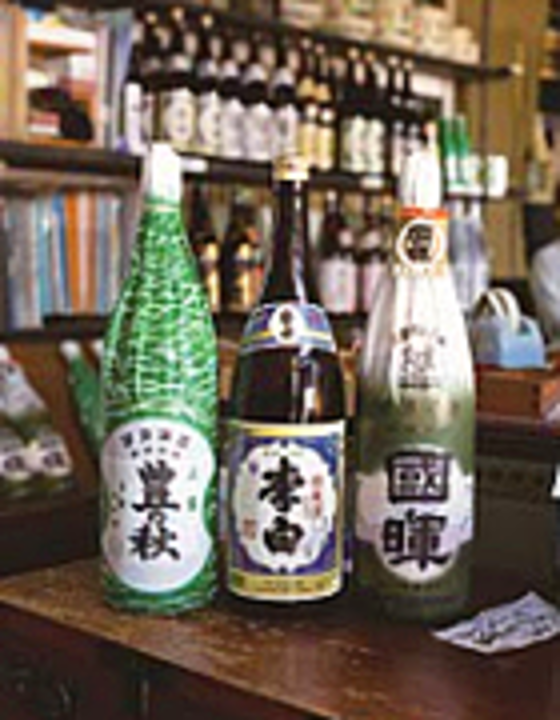 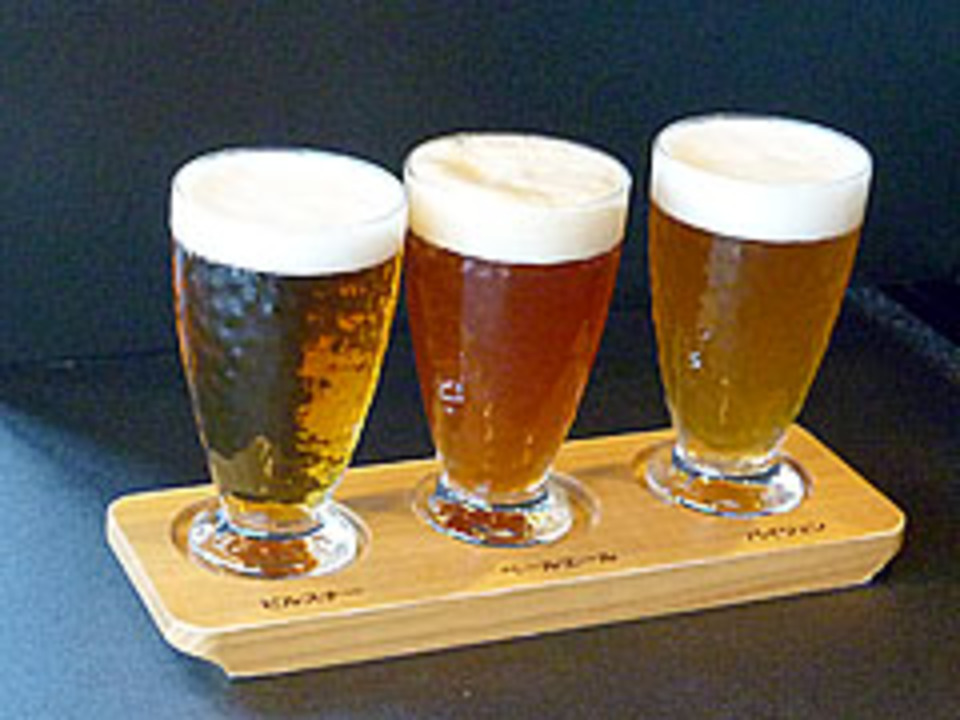 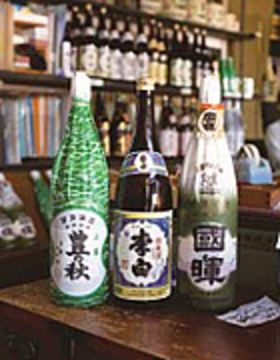 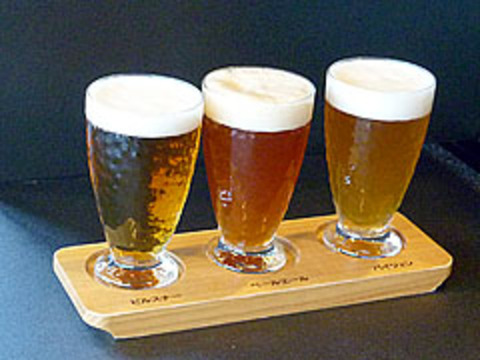 With its clear water, high quality rice, plenty of fresh air, and skilled sake makers, the local sake of Matsue has a good aroma and pleasant taste. The three sake makers of Matsue are Rihaku (李白) (Japanese), Kokki (國暉) (Japanese) and Yoneda (米田) . They are many retailers in town where you can taste them.

If you cruise on the Horikawa Sightseeing Boat, don’t miss the local beer brewery and its restaurant located by the pier called Fureai Hiroba (See Jibeer-kan Japanese website). 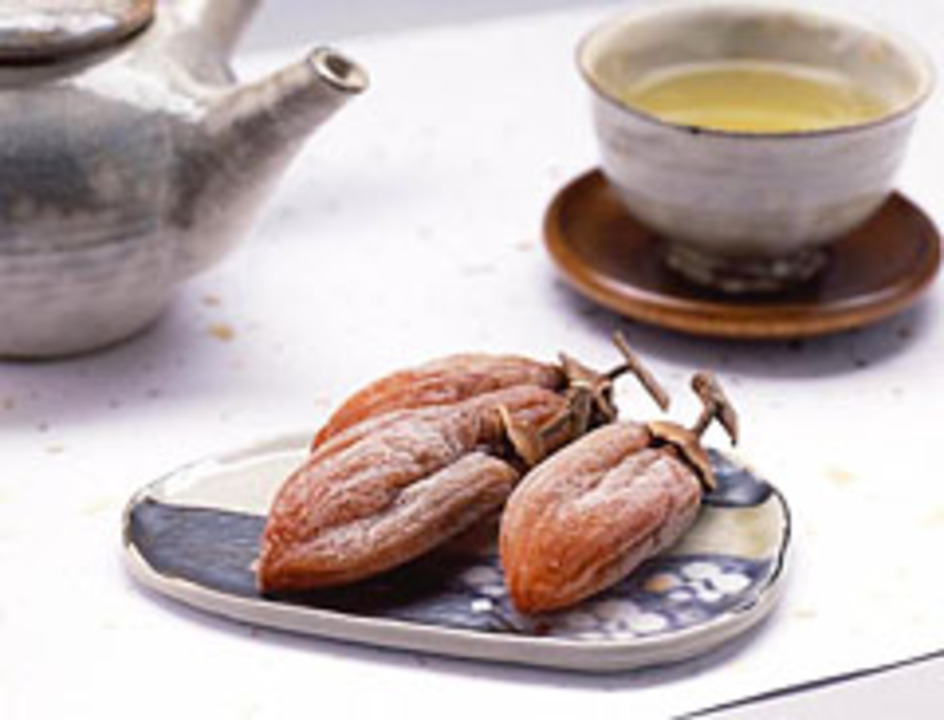 Matsue’s dried persimmons are well known for attaining perfect texture and softness, and were a favourite of many samurai lords. In late fall, there are hundreds of persimmons tied to strings to dry which decorate the charming neighbourhood of Higashi-Izumo in south-eastern Matsue.
http://furusato.sanin.jp/p/osusume/01/3/
More info about Higashi-Izumo Persimmon Village (in Japanese) 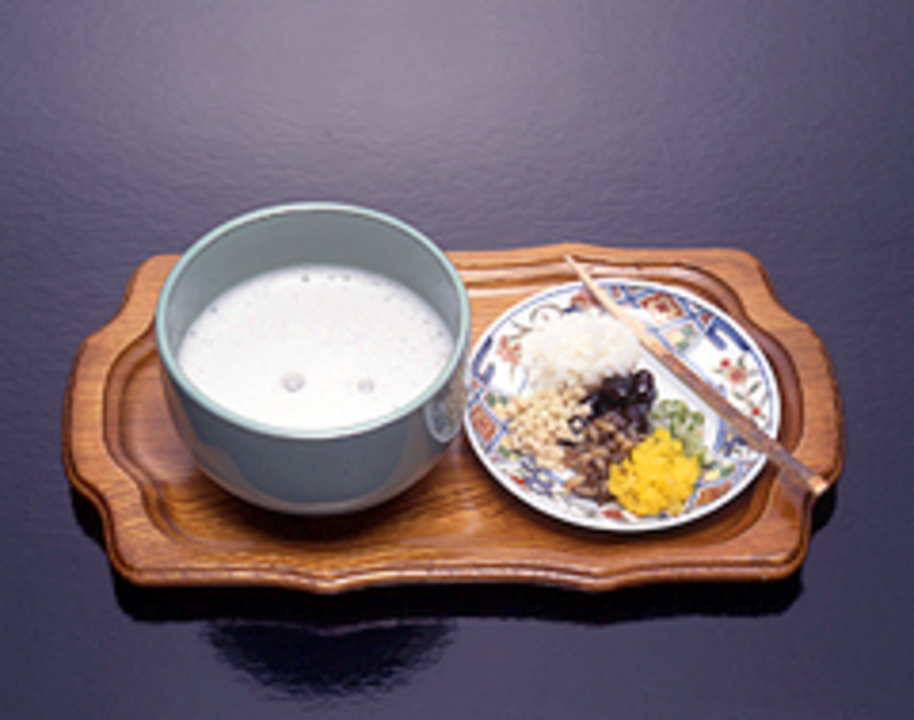 Matsudaira Harusato (1751-1818), also known by his tea name Fumai, ruled the domain of Matsue from 1767 to 1806, during which time a famine struck. It is popularly believed that he introduced "bote-bote cha", a soup-like tea made to stretch rations and make people feel full. Its fillings range from rice and beans to pickled vegetables and even dried flowers. There is even a bote-bote style of tea ceremony practiced here. 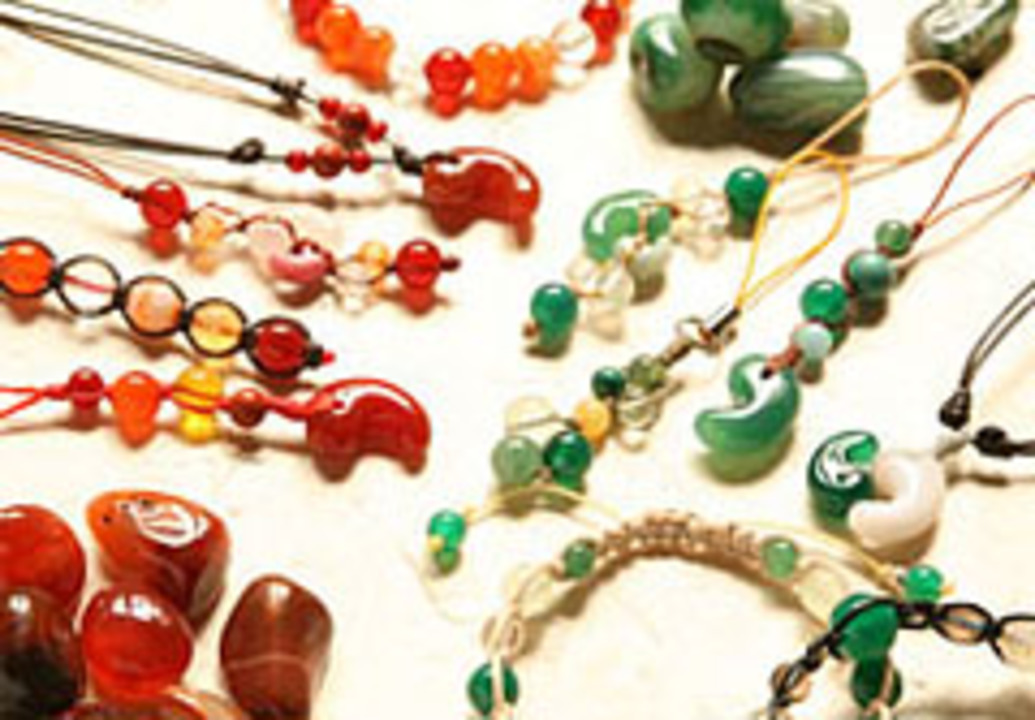 The Izumo area has been well-known as a source of agate since ancient times. The brightness of the stone, which has been admired for centuries, is still used in accessories and ornaments today. Comma-shaped beads called “magatama,” prized in Japan since ancient times, are a popular agate item. You can find shops selling Magatama all around town and workshops in Karakoro Art Studio and Tamatsukuri. 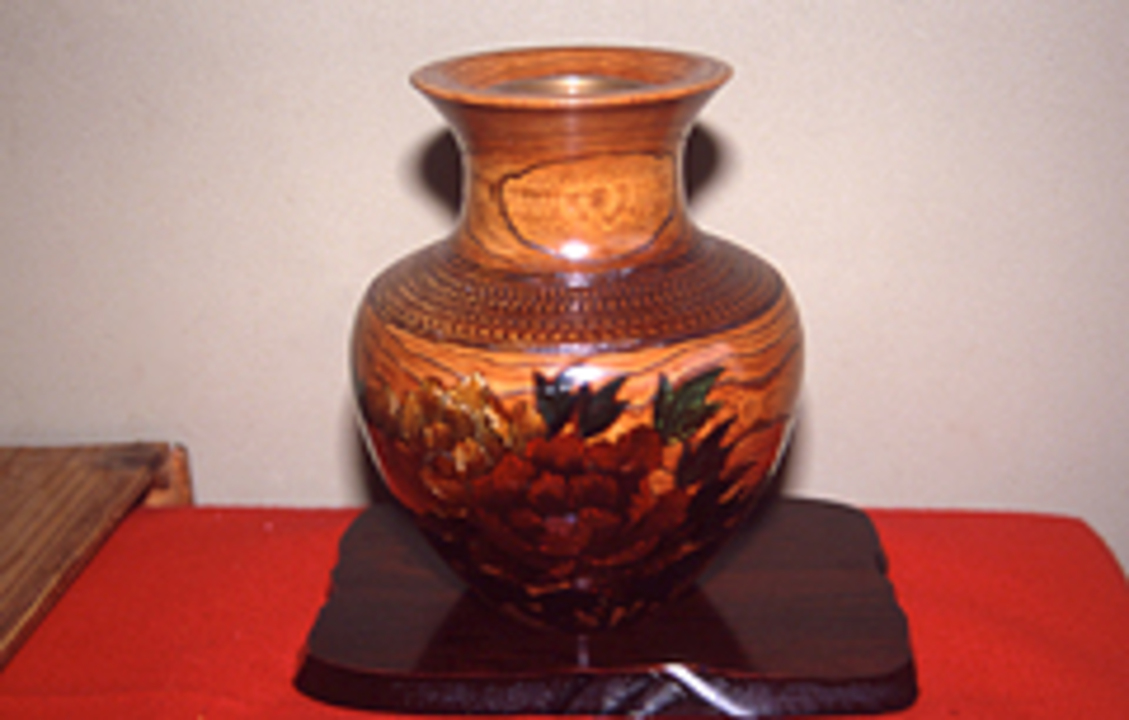 One characteristic of this type of lacquerware is that the gloss becomes more transparent and the colour becomes more vivid with time. This is a traditional folk craft that has been handed down since the time of the feudal lords, who employed master artisans to create lacquer goods for them. 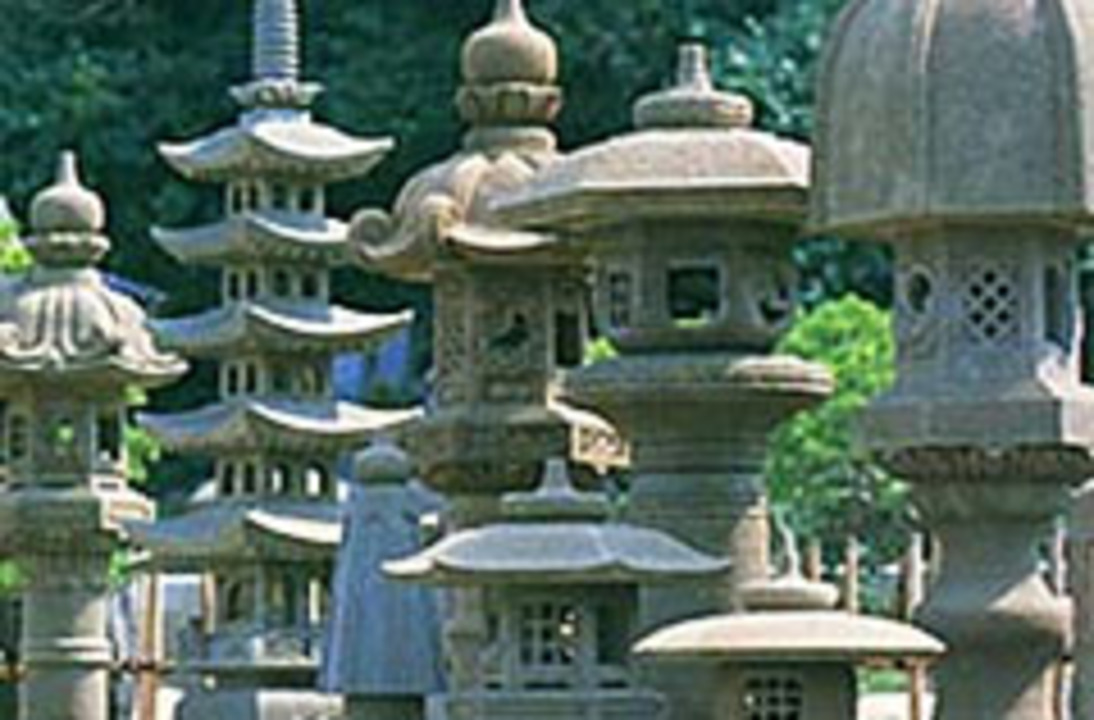 Made from local Kimachi Stone, Izumo Stone Lanterns can be found in private and public gardens throughout Matsue. About 20 different producers carve lanterns of various sizes in both three-legged and single pillar styles. The special stone grows moss easily, so it adds character to outdoor spaces. There are also small stone lanterns perfect for indoor decoration. 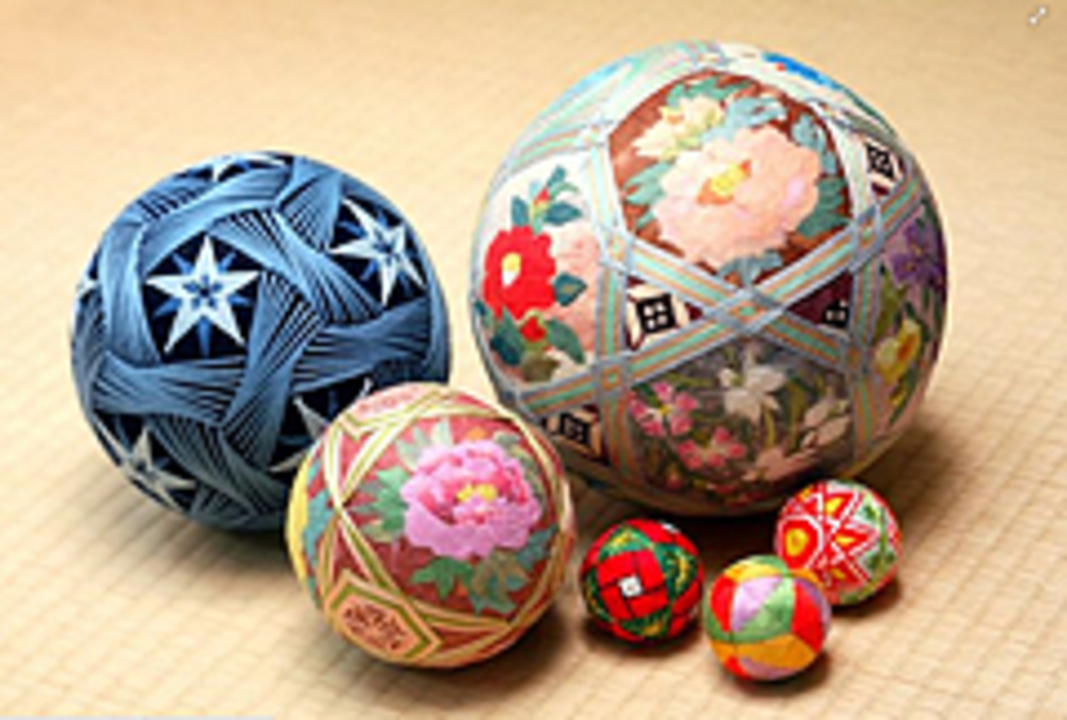 These balls are made with embroidery and cotton thread, which are bound into a simple ball. Japanese paper is then stuck to the surface of the ball to form elaborate and beautiful designs. The balance of colors and the delicate overlapping technique make this a beautiful handicraft. You can even try making your own in Izumo Kanbe-no-Sato (Japanese website). 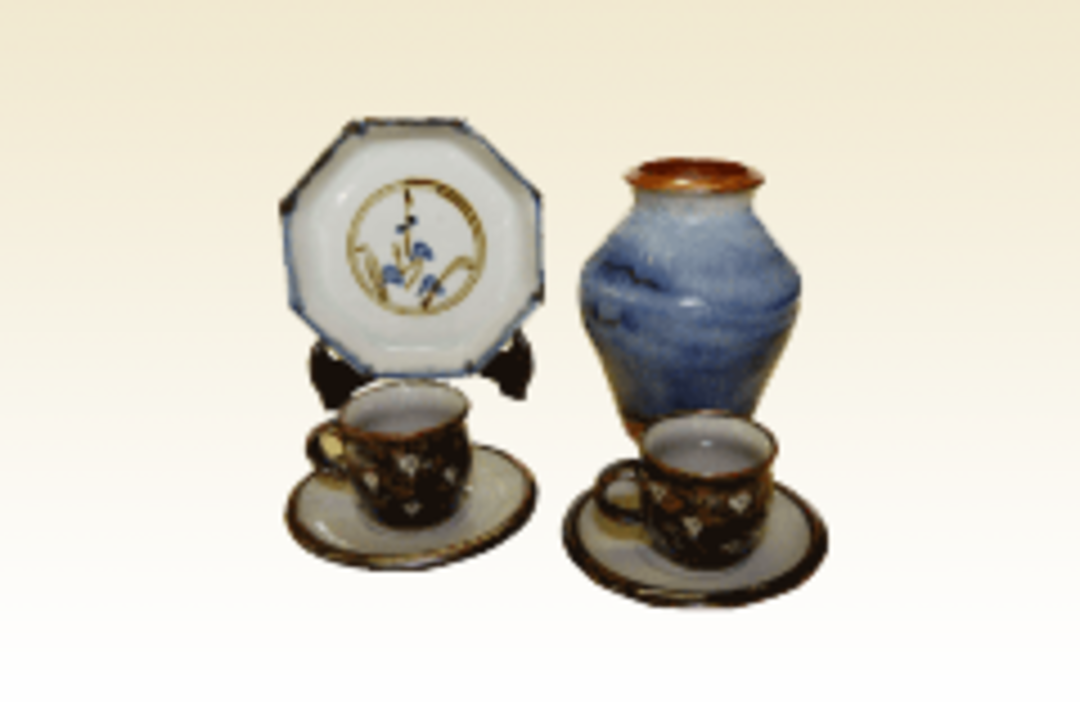 Fujina, Sodeshi, and Rakuzan are the three representative styles of Matsue pottery. Fujina, based near Tamatsukuri Onsen, has a slipware technique for adding patterns with cosmetic mud. Sodeshi, based near the Shimane Art Museum, produces Japanese and Western style pottery with warm, natural colours. Rakuzan, based near Shimane University, has Korean influences and was a favourite of the feudal lords of Matsue. 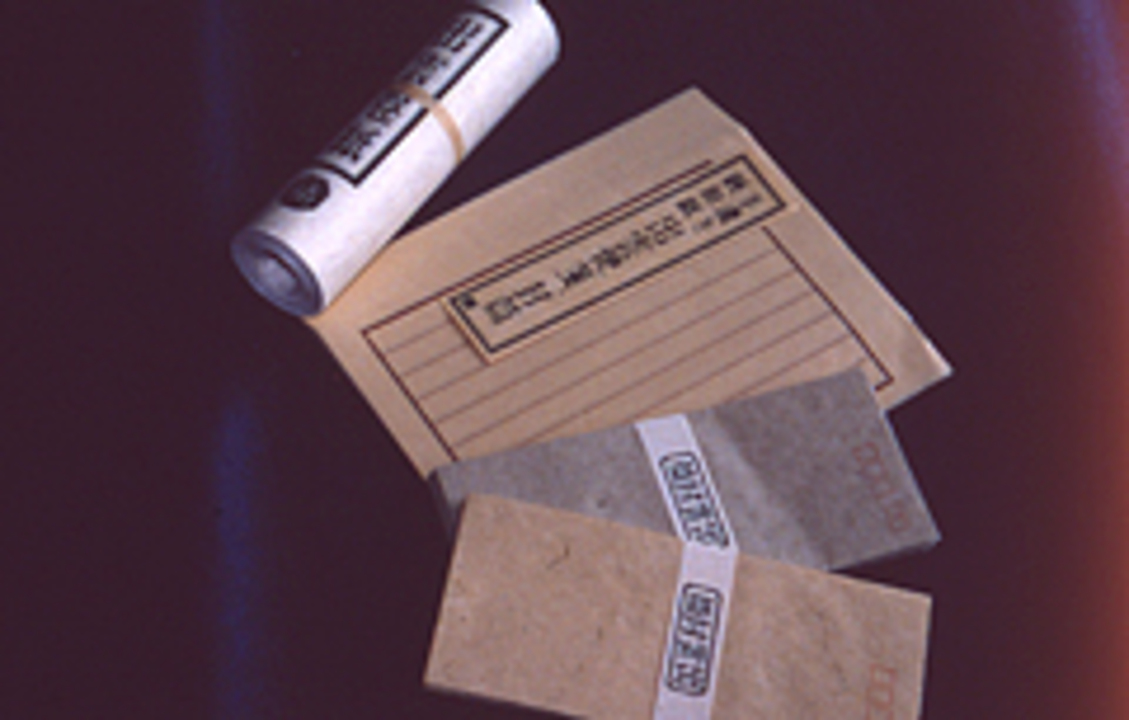 Izumo Folk-craft paper is made from soft, smooth fibers from Kozo, Mitsumata, and Gampi plants. They are dyed according to centuries old traditions in the Yakumo area of Southern Matsue, and the late Abe Eishiro, a National Living Treasure, expanded on those techniques with modern artistic sense. You can learn more and make some of this paper yourself at Abe Eishiro Memorial Museum. 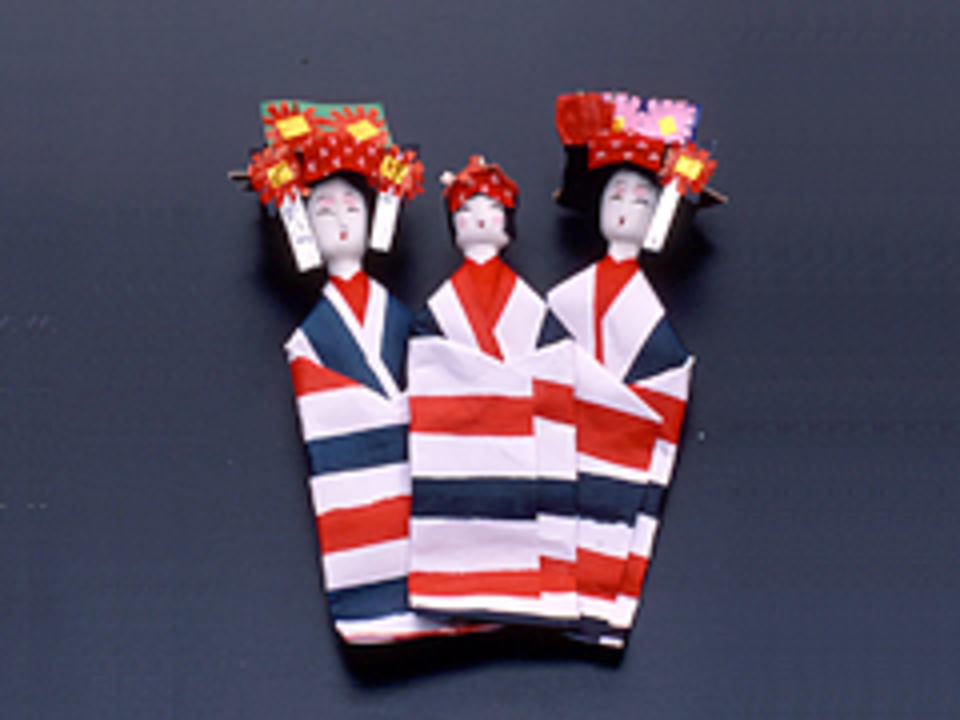 It is said that the Matsue Anesama dolls were first made by maidservants at the castle and by the daughters of samurai families. There are 3 dolls in one set, with one doll each sporting traditional Shimada, Momoware and Okappa hairstyle. The dolls are simple, yet at the same time elegant.
Back to top