This page introduces Matsue’s main historical figures and events from its foundation to its contemporary era. However, the history of the Matsue area reaches much further back than the era of samurai, castles, and feudalism. With ancient ruins, tombs, and artefacts, the region surrounding Matsue (particularly southern Matsue) is a treasure trove for history fans, not to mention for mythology fans--legends that tell of the creation of Japan itself took place here! 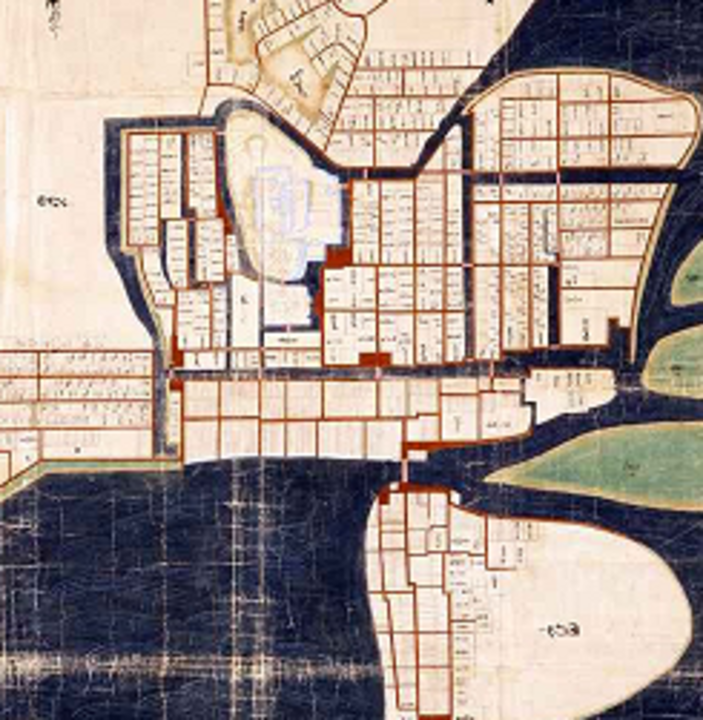 The foundation of the city of Matsue and its castle began in 1607, and the castle was completed in 1611. Military, political, and economic factors, as well as overall infrastructure, were taken into consideration when the castle and its moats were built. For example, the roads of the town were designed to impede potential enemy troops from reaching the castle. Even today, these roads, as well as most of the Horikawa moats, haven’t changed much, which is quite unusual in Japan. Parts of the samurai district that used to surround the castle still exist in Shiomi Nawate Street. The temple area of Teramachi, on the south side of town, had temples that could easily be turned into places to assemble troops, and the foot soldiers lived nearby in the Saikamachi district. You can find an array of historical maps of Matsue showing the evolution of the castle-town from the years 1600 to 2000 inside the Matsue History Museum.

The Horio Clan, the founders of Matsue – 堀尾氏 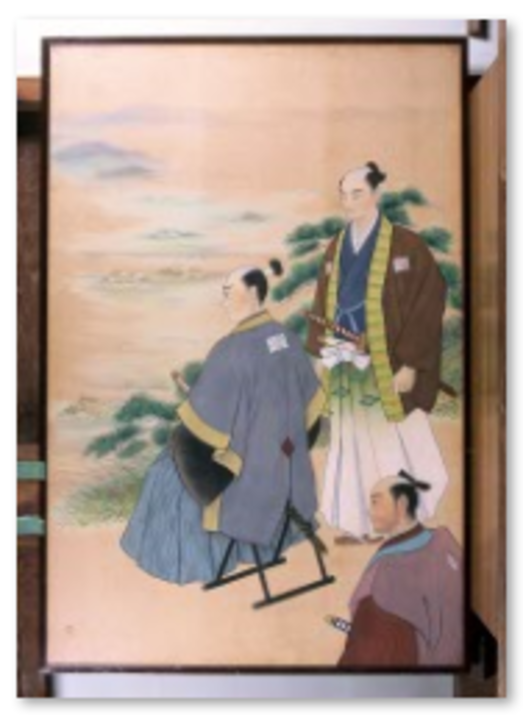 Three families of feudal rulers reigned in Matsue from 1600 to 1871: Horio (1600-1633), Kyogoku (1634-1637), and Matsudaira (1638-1871). Prior to the start of the stabilized Edo Era, the Amago and Mori clans vied for power over this region throughout the Warring States Era. After receiving the provinces of Izumo and Oki from the shogun Tokugawa Ieyasu thanks to their active part in the Battle of Sekigahara (1600), the Horio clan took up residence in Gassan Toda Castle. However, the clan soon realized that this mountain castle was not in a good location to build a functional city around. They decided to build a new castle from scratch in a more suitable location, at the junction of Lake Shinji and Ohashi River, about 15 km northwest of Gassan Toda Castle. Located in Yasugi, Gassan Toda Castle is now in ruins but is still considered one the greatest mountain castles of Japan.

Sadly, Horio Tadauji, who received his lands from the shogun, died at the age of 28 before construction commenced. As Tadauji’s son, Tadaharu, was too young to govern, it was his father, Yoshiharu, who took on the responsibility of constructing the castle. Yoshiharu passed away at age 69 before seeing the castle’s completion. Tadaharu became head of the Matsue domain until his death in 1633 without an heir. This illustration depicts Yoshiharu and his son Tadauji deciding about the location of their new castle.

Kyogoku and the fight against flooding – 京極氏 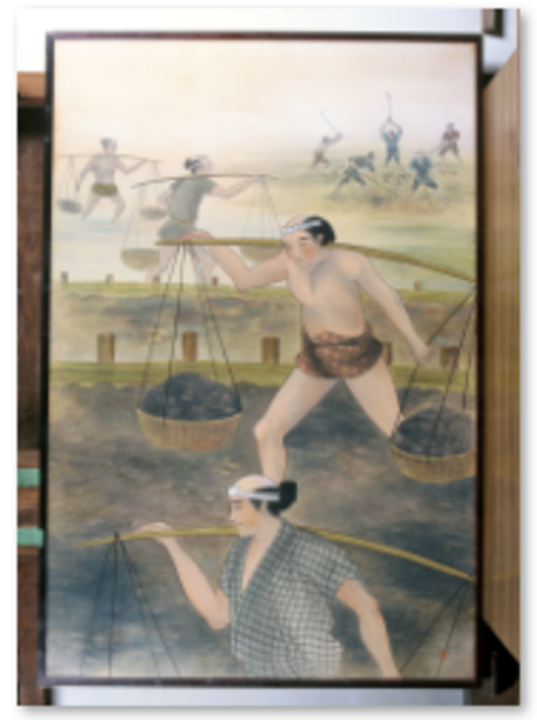 In 1634, rule over the Matsue domain passed to Kyogoku Tadataka, who married the fourth daughter of Shogun Tokugawa Hidetada. Kyōgoku Tadataka is best known for his participation in the Tokugawa clan’s military campaign for Osaka (1615) in which he commanded 2,000 troops.

Though he only reigned for three years, Tadataka is remembered for his work against the floods that kept occurring in his domain, especially around the Hii River, where he oversaw the construction of the Wakasa embankment. Another marked development for the Matsue Domain under Tadataka’s rule was being granted ownership of the Iwami Ginzan Silver Mine in 1636. Tadataka died at age 45 without an heir, and his holdings reverted to the shogunate. 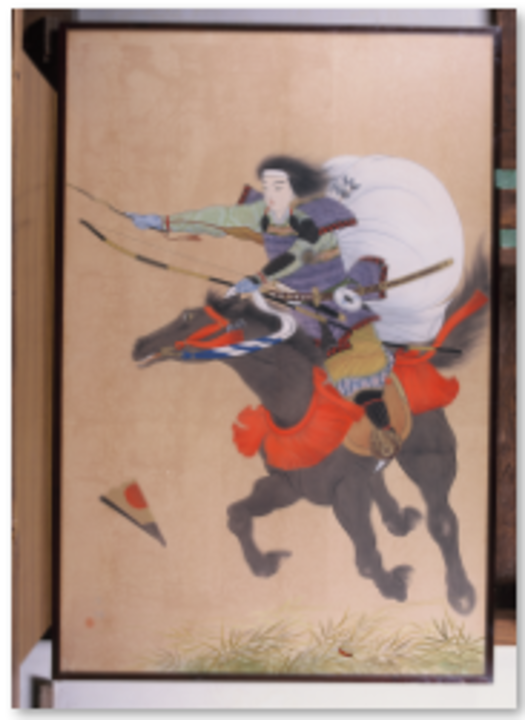 A grandchild of Shogun Tokugawa Ieyasu, Matsudaira Naomasa is remembered for his valour in the Battle of Osaka (1615) at the young age of 14. The enemy general and a hero of the age, Sanada Yukimura, was besieged inside Osaka Castle, but was so impressed with young Naomasa’s prowess that he gave him his battle fan that was used to give military commands. The fan is still on display inside Matsue Castle.

The empowerment of Naomasa as the lord of the Matsue domain marked the start of the longest reign a single family held at Matsue Castle, spanning 10 generations (1638-1871). The graves of the Matsudaira clan lords are found at Gessho-ji Temple, near the castle. 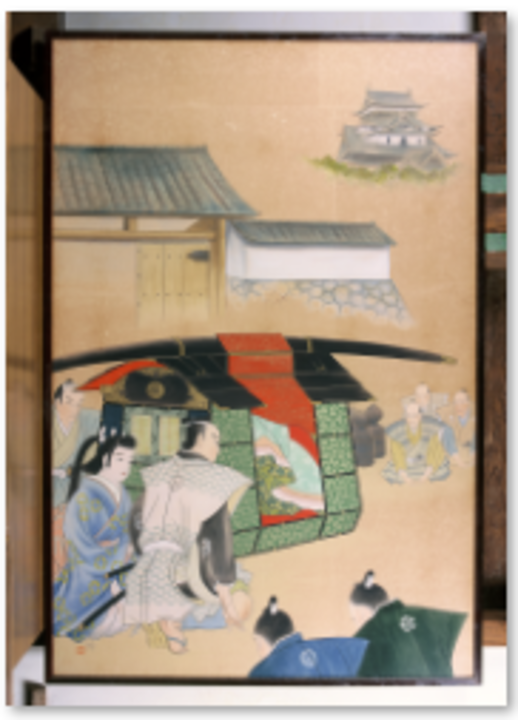 Since its start in 1648, Horan-enya has developed into one of Japan’s three greatest boat festivals and is held every 10 years in Matsue. It all started when a great famine threatened the domain, and Matsudaira Naomasa decided to process the deity of Jozan Inari Shrine, which is the deity of good harvest, to Adayaka Shrine on the outskirts of the city in order to pray for a quick recovery of the harvest. The procession was held on the Ohashi River, and after a fishing boat rescued the deity’s boat when it was in trouble, the festival began including Kaidenma-sen with elaborate costumes, dances, and chants.

Another prominent event that has been celebrated throughout the history of Matsue is the annual Dō-Gyoretsu Drum Parade. While use of the Dō drums in the Matsue-Izumo region originates from a New Year’s celebration held in Kyoto during the Heian period, the festival as it is celebrated today is said to have its origins in welcoming Princess Iwahime in 1724 and celebrating her marriage to Matsudaira Nobuzumi, the lord of Matsue at the time. More details about these two events can be found in our Calendar. 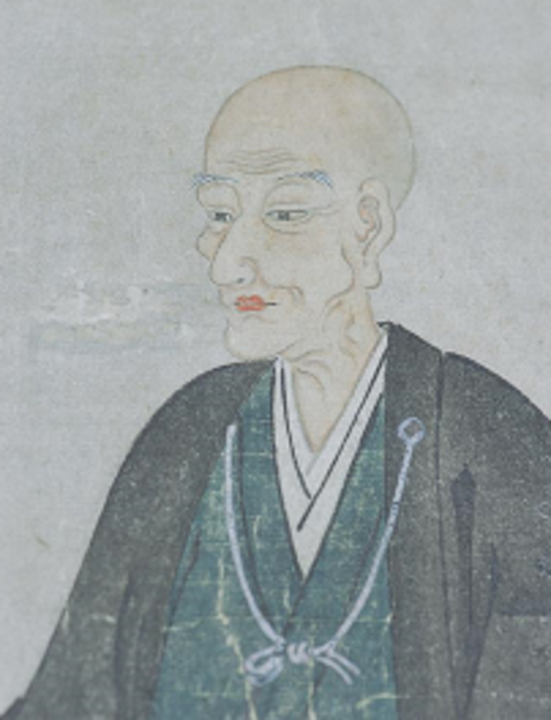 松平治郷(不昧公)
One of the most influential leaders of the Matsue domain was the seventh lord of the Matsudaira clan, Harusato, commonly known by his tea-master name, Fumai. During his reign (1751-1818), he shaped Matsue as we know it today by revolutionising the administrative system and improving industry and trade. He protected rice fields with further anti-flooding measures, and promoted the cultivation of high-commodity goods, such as medicinal grade Korean ginseng, cotton, hybrid mulberry trees used for making Japanese paper, wax trees, and much more. Fumai managed to bring the Matsue domain back from the brink of bankruptcy, and with the clan’s newly gained affluence, he went on to promote tea culture, making Matsue the one of the cities richest in tea culture in Japan today. The tea house he designed himself, Meimei-an, is a famous spot in Matsue. Read more information about the tea culture of Matsue in our Culture section.

The end of feudalism and the birth of Matsue City – 松江市誕生 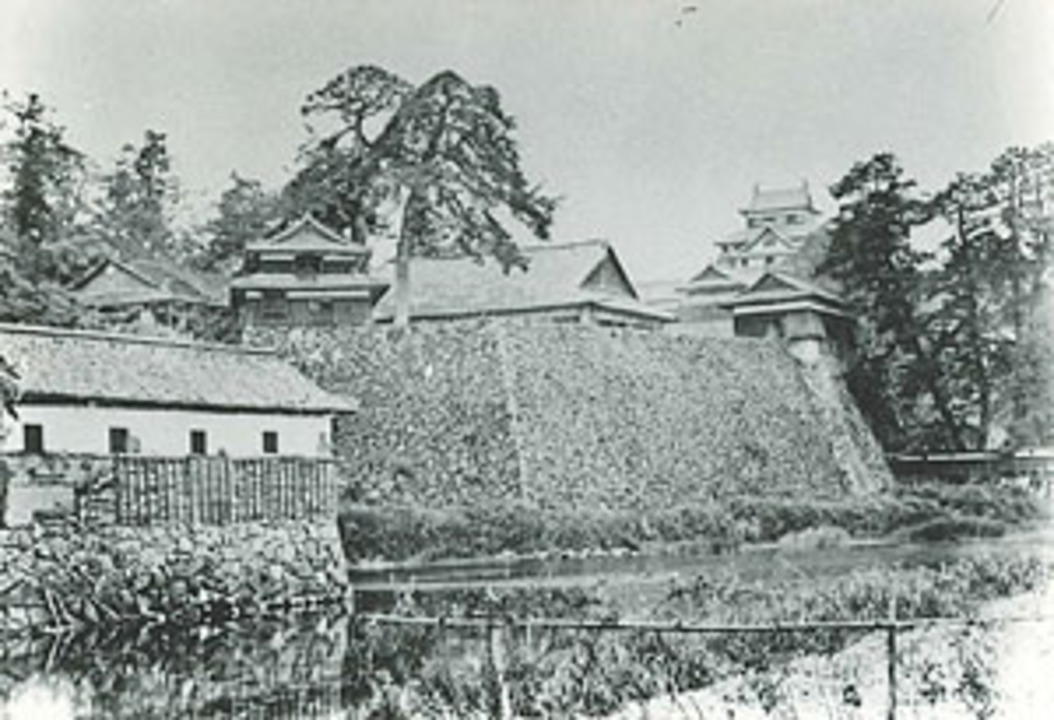 1868 was a watershed moment in Japanese history as the country entered the imperial restoration of the Meiji Period after centuries of a feudal system. The following year saw the birth of Matsue City, as the feudal system had been abolished. Several turrets and gates of Matsue Castle were torn down in 1875, but thankfully the castle tower (tenshukaku) was saved by the efforts and donations of the citizens of Matsue. It is now one of only 12 remaining original castles in Japan. 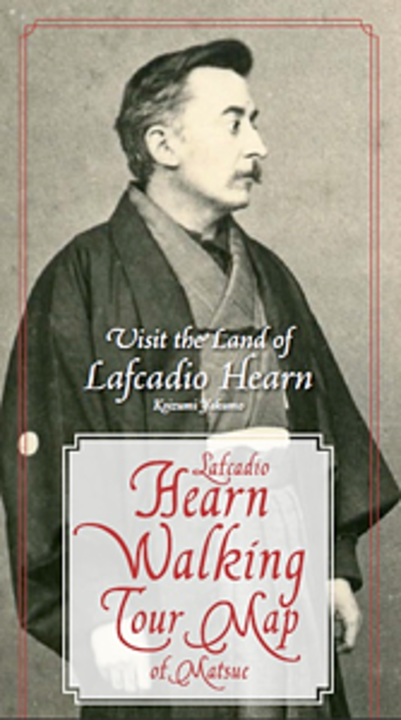 Lafcadio Hearn (1850-1904) was an open-minded writer and world-traveller born in Greece and raised in Ireland. He settled in New Orleans from 1877 to 1887 before immigrating to Japan in 1890. The same year, he settled in Matsue as an English teacher. Though he only stayed here for fifteen months, he introduced Matsue and Japan to the Western world through his famous writings. His Former Residence and Memorial Museum are a must-see when you visit Matsue. Hearn is commemorated in various ways throughout Matsue, including monuments, literature study groups, and an annual speech contest. See our Culture section to find out more about Lafcadio Hearn and his ghost stories related to Matsue.

Lafcadio Hearn was one the first Westerners to be granted Japanese citizenship and is best known in Japan under the name Koizumi Yakumo. He took the family name of his wife, Koizumi Setsu, the daughter of a samurai whom he met in Matsue. He took Yakumo (“infinite clouds”) as his first name because of its connection to the Izumo region and Matsue, which he referred to as "the Chief City of the Province of the Gods". He came back to visit the city many times after he moved to other parts of Japan.
Back to top