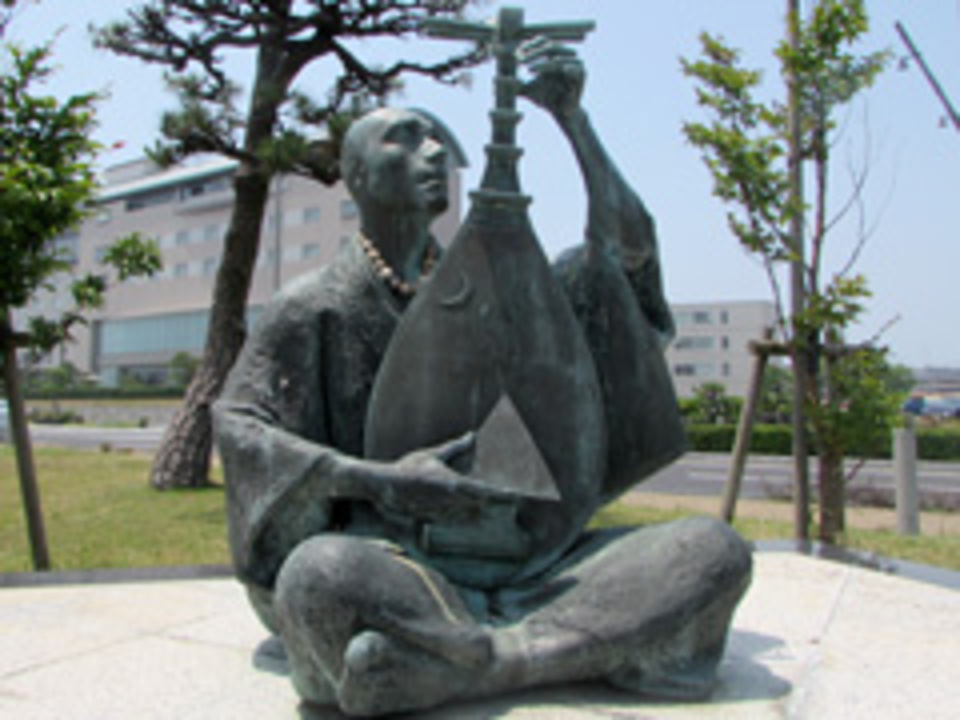 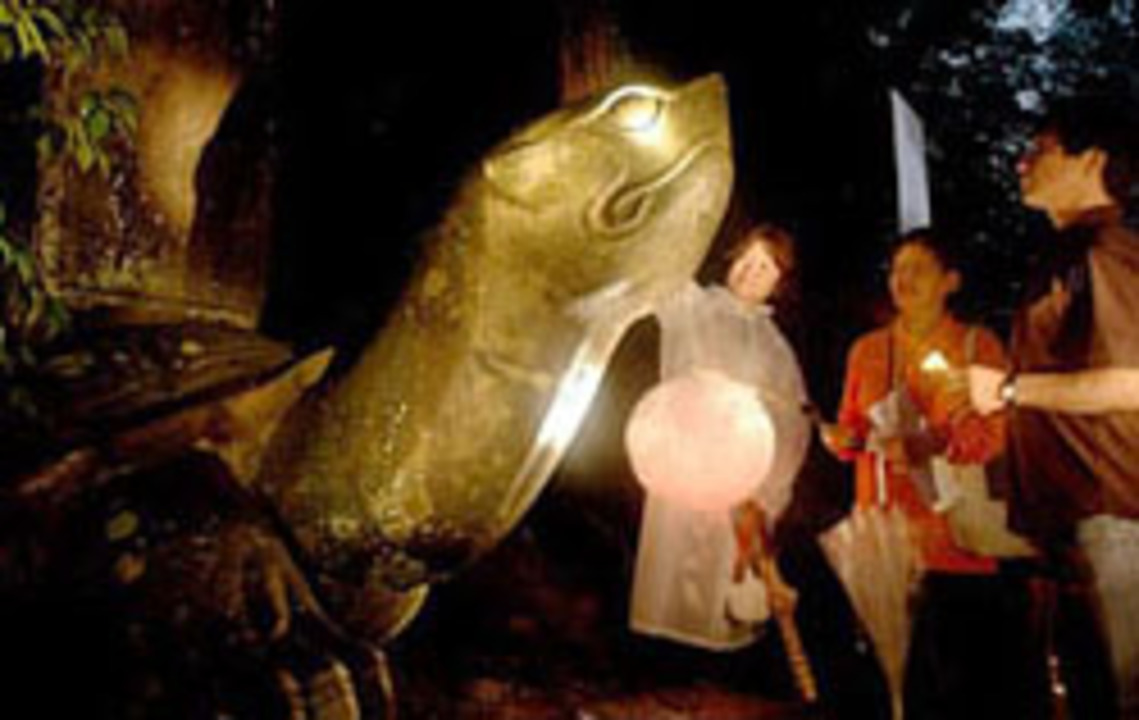 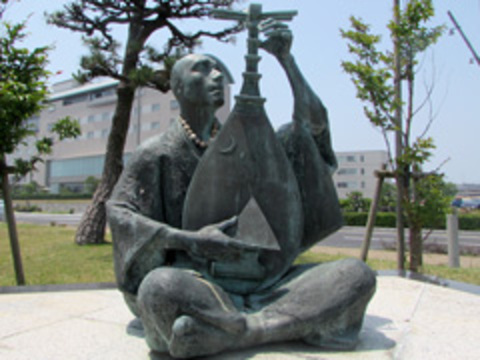 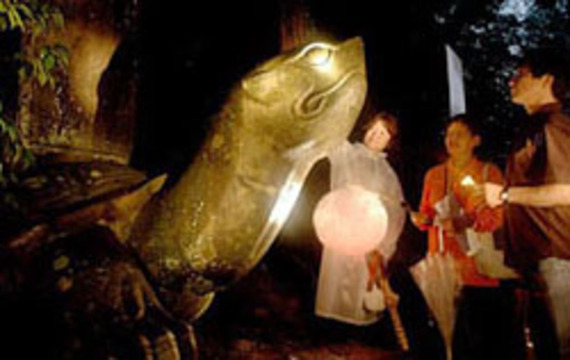 One of Lafcadio Hearn's most famous works is Kwaidan: Stories and Studies of Strange Things (1904), and it chronicled many ghost stories from around Japan, such as the famous story of Hoichi the Earless (Mimi-nashi Hoichi), whose statue can be found in Matsue Shinjiko Onsen, by the shore of Lake Shinji. His interest in the supernatural was also evident in Glimpses of Unfamiliar Japan (1894), in which he described many of the local haunts in Matsue. This includes the bridge nearby Matsue Castle leading to Fumon-in Temple, where a sceptical samurai brazenly sang a song that a ghost hated and later discovered the ghost had taken out her rage on his family.

Ghost tours (in Japanese) are offered multiple times a year to tell the stories Lafcadio Hearn recorded in the places where the stories were said to take place, such as the story of the giant stone tortoise in Gessho-ji Temple, who would abandon the graves he was supposed to be guarding to go wreak havoc by the temple pond. Visiting these haunted places is especially popular in summer because it will give you the chills to help you cool off! More info, in Japanese, on Matsue Ghost Tour.
Back to top