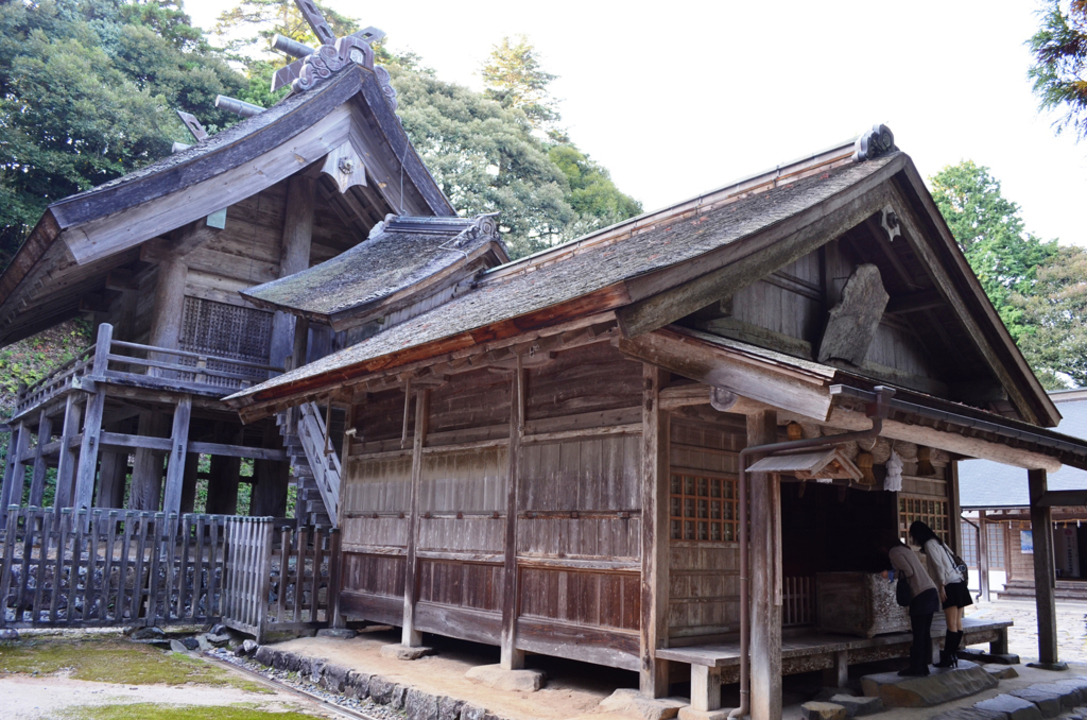 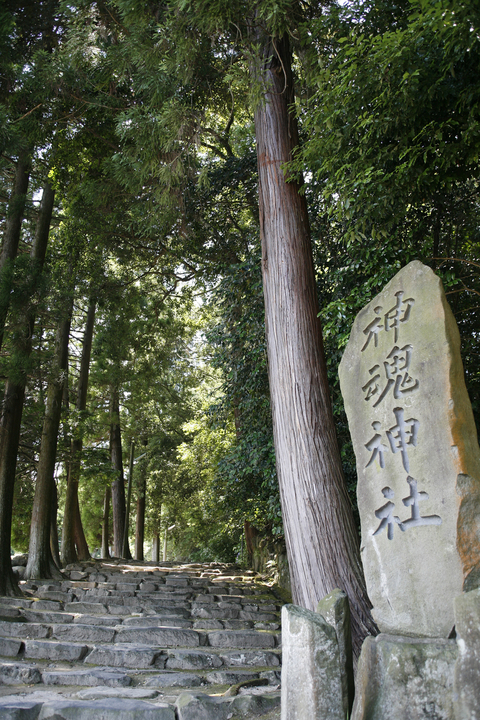 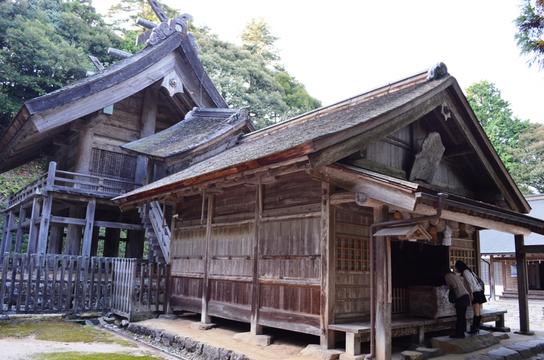 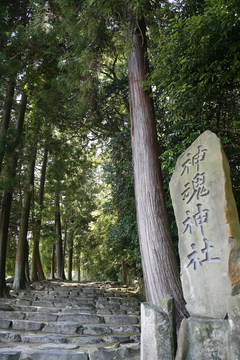 Designated as a national treasure, Kamosu Shrine is the oldest standing sample of Taisha-zukuri (“grand shrine”) style architecture in all Japan. The shrine is dedicated to Izanami, who, in mythology, is believed to have created the Japanese Archipelago with her husband Izanagi and given birth to many Japanese deities. The stone stairway leading to the shrine creates a solemn and secluded atmosphere.

In the region of Matsue and Izumo, the gender of the gods worshipped in such and such shrine can be easily spotted by looking at the shrine’s roof. The chigi beams that protrude from either side of the shrine’s roof are usually horizontally-leveled in case of a female deity, and vertically-leveled in case of a male deity. The chigi beams of Kamosu Shrine are hence horizontally-levelled.