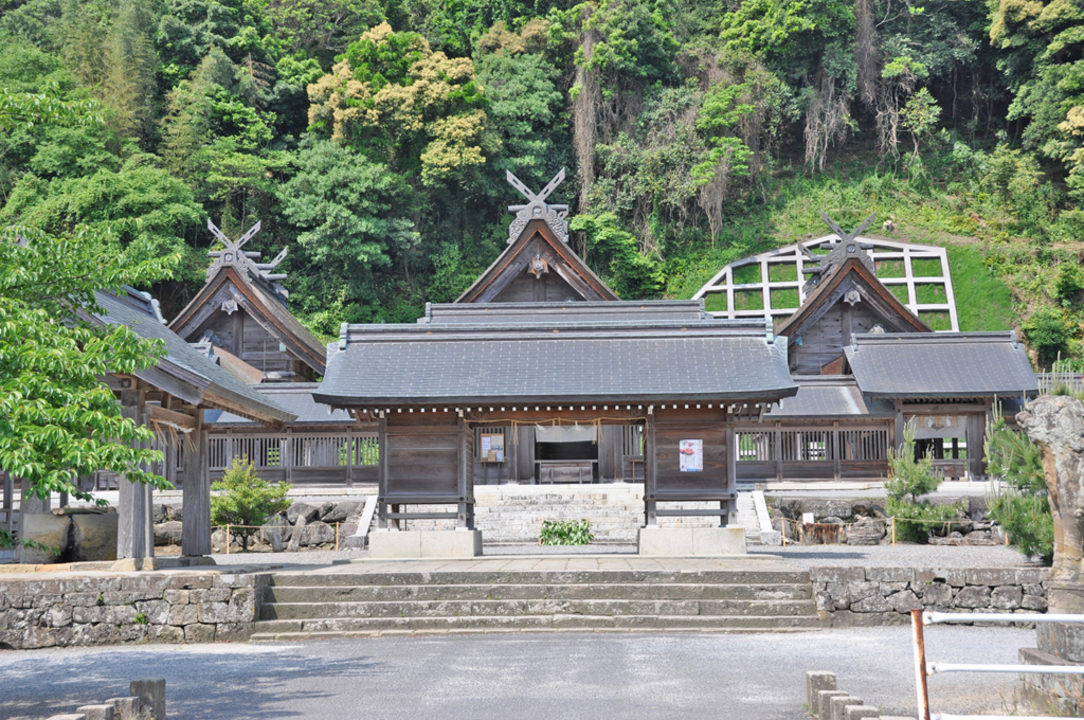 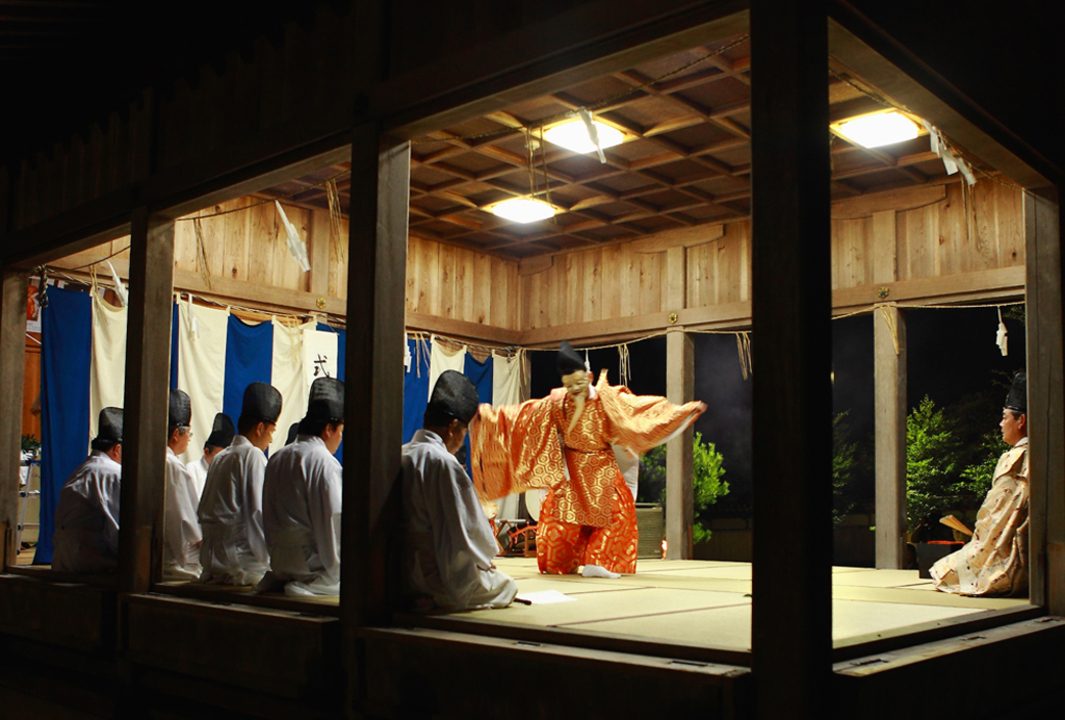 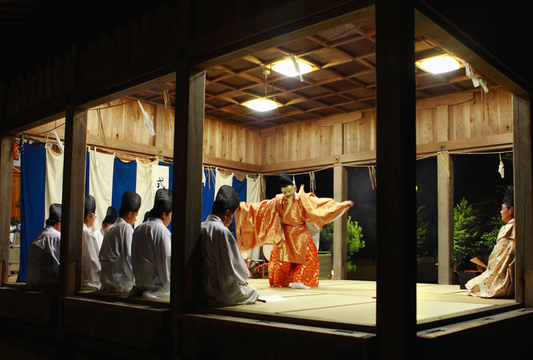 Designated as an Important National Cultural Asset, Sada Shrine has the rare characteristic of being composed by three Taisha-tsukuri style halls, the same style of architecture as Izumo Taisha Grand Shrine.

Taking its name from Sada-no-okami, protector of the northern Shimane Peninsula, the shrine is dedicated to twelve deities, among which are the most important ones of Shintoism – the couple that created Japan, Izanagi and Izanami, and their children, Amaterasu and Susanoo. Sada Shin Noh, a ritual dance designated as an intangible UNESCO world heritage, is performed annually at this shrine (See below).