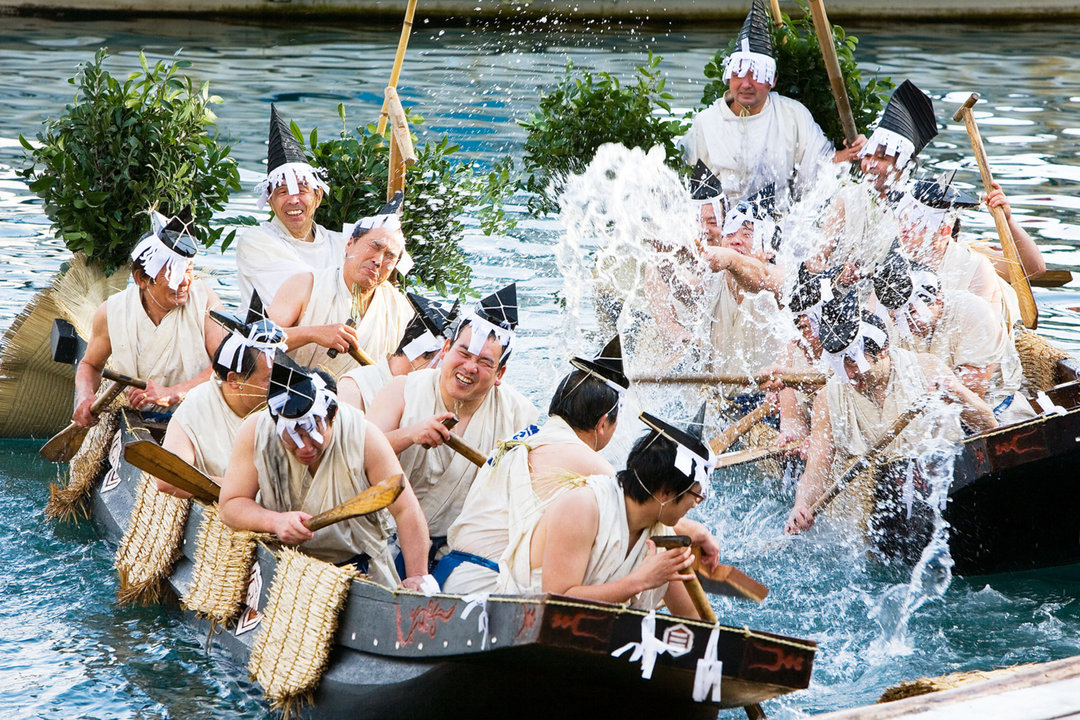 Every year on December 3rd

Held in the early afternoon in Mihonoseki Harbour, the Moratabune Ritual mainly consists of a race between two boats with the rowers wearing traditional clothes. Like the Aofushigaki Ritual (see above), it re-enacts a famous episode from the Kojiki, in which heavenly messengers are sent by the sun goddess Amaterasu to ask for the lands of Okuninushi (now worshipped at Izumo Taisha Grand Shrine). The messengers were then sent by him to ask his son, Kotoshironushi (also known as Ebisu), and they used a dug-out canoe to get to him. More info about the legends taking place in and around Matsue.
Back to top