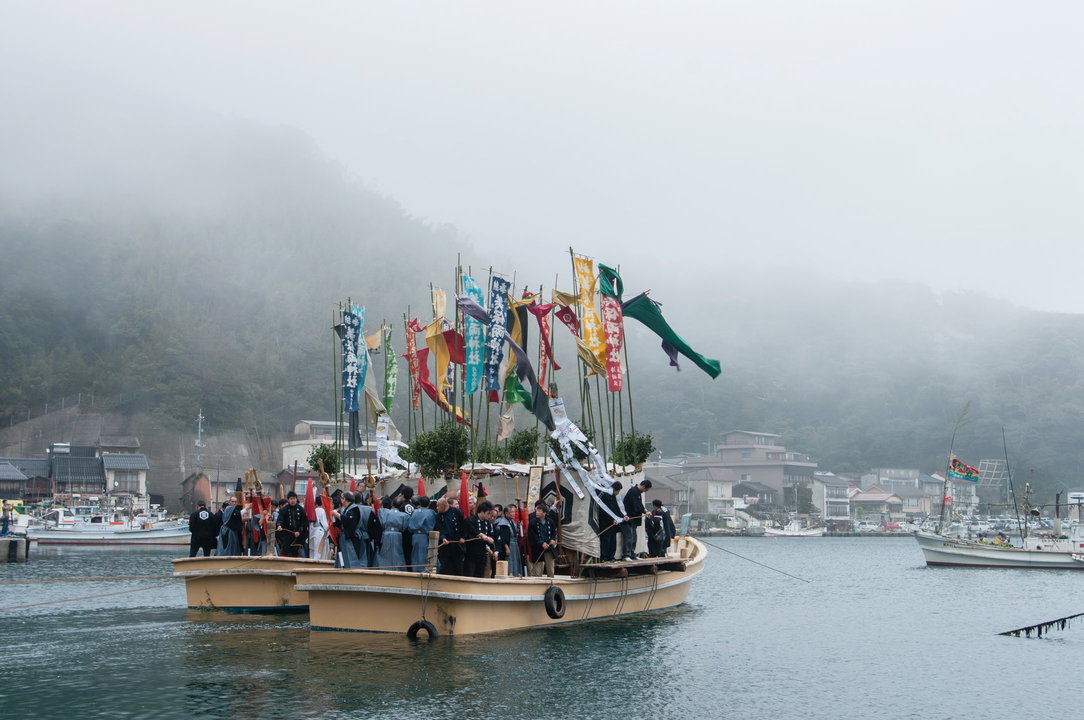 Every year on April 7th

Held in the early afternoon at Mihonoseki Harbour, the Aofushigaki Ritual re-enacts a famous episode of the Kojiki (Records of Ancient Matters), written in 713 and regarded as one of the most important records of the early history of Japan. This solemn Shinto ritual is based on the “Transfer of the Land Myth” (Kuni-yuzuri Shinwa), that tells of Kotoshironushi disappearing from the visible world by going into the sea after he agreed to concede the lands to the sun goddess, Amaterasu. Kotoshironushi, also known as Ebisu, is the son of Okuninushi, worshipped at Izumo Taisha Grand Shrine on the other side of the Shimane Peninsula.
Back to top